When Your Nonprofit’s Message Doesn’t Matter 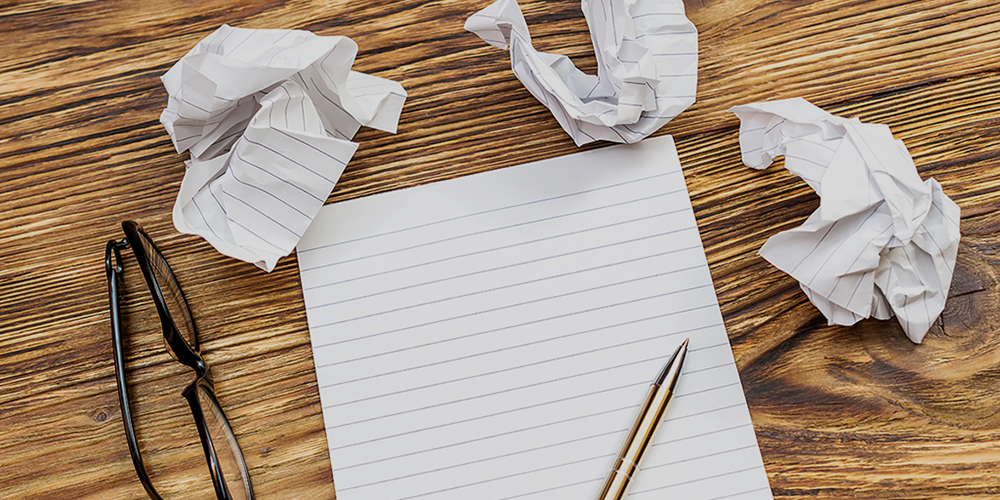 The state of the world has made us want to connect with more of you, more often. For the rest of 2020, the Campbell & Company Communications team is sharing a new article every week that explores a topic in case development and fundraising communications, drawn from our work.

Whether it’s thinking about how to approach fundraising communications against the backdrop of current events or tackling an evergreen challenge we see time and time again in nonprofits across the sector, these articles focus on practical tips to empower fundraising leaders in their day-to-day work. Subscribe to the series here.

About this time four years ago, I was wringing my hands over what to say in a pair of what-if year-end appeal templates.

The “what if” giving me pause was imagining a Trump victory in the upcoming election, an outcome that many thought improbable at the time. But I was in the midst of a fascinating research project on fundraising within the LGBTQ movement, and we needed to be prepared for either possibility so that the appeals for four LGBTQ community centers could drop quickly after election night.

A core question of the LGBT Giving Project*—a nearly decade-long study of what motivates LGBTQ donors to give to the movement and what keeps others from donating at all—was whether any “magic” messaging might inspire new or increased contributions.

Building on some of the project’s prior research, we’d been using surveys and A/B appeals to feel out how distinctions in messaging for a cohort of community centers played with current donors, lapsed donors, and folks who had never given.

In 2015, we’d found that current donors were more likely to respond and gave higher average gifts if they received an appeal that described their local community center as the “heart and hub” of LGBTQ life, a welcoming place for the entire community.

Those who had never given, however, were more motivated by messaging that highlighted the community center as a nexus for activism and a leader in the fight against the discrimination and violence the LGBTQ community faces.

So as the 2016 election approached, I was drafting four appeals so that we could further test those early findings—a community-focused appeal framed around a Clinton victory, an activist-toned Clinton-victory appeal, and the same pair of frameworks in the context of a Trump win.

When that pair of Trump appeals went out shortly after the election, I learned what may be an obvious lesson to some: Sometimes it doesn’t really matter what you say; it matters when you say it.

In our post-election appeals, response rates and average gifts soared compared to the prior year, upgrade rates were high, and lapsed donors gave again after years of silence. But any distinction in performance between the two messages we were testing completely disappeared.

Much has been made of the concept of rage giving, as we’ve seen surges of donor support to organizations like the ACLU in response to the 2017 Muslim ban, RAICES in response to family separations at the border, and an outpouring of giving to Black-led organizations in the wake of the murder of George Floyd.

We’ve also seen donors step up in huge numbers in response to the pandemic, with food banks across the country seeing eye-popping numbers of new donors, much like we might see in a disaster-relief effort. What these have in common is organizations making an ask at the right moment when people’s attention is focused and they look to giving as a way to do something amid uncertainty, frustration, or fear.

The same was true of the timing for those LGBT Giving Project appeals, and that led to a few lessons organizations can apply when faced with a mission-critical moment:

Give your donors an easy, quick way to contribute.

If you find yourself agonizing over a word choice or getting one too many rounds of input, remind yourself that rapid response is the name of the game when a decision, a disaster, or even a victory is going to impact the communities you serve. Your donors may be looking for a way to act, and you want to be squarely in their sights while their emotions are still fresh.

Be clear about what’s at stake, be concise, and get out of your own way. Sometimes these moments come upon us without warning and require our organizations to be nimble and unfussy in the interest of getting an email, a text, or a social media call to action out as quickly as possible.

Plan ahead when you can.

Other times, we can see these moments coming; maybe the city council is considering a major vote that will impact our community, or, like in the case of 2016, an upcoming election holds particular significance for how we anticipate carrying out our vision in the years ahead.

If you can plan for a variety of potential outcomes by writing a couple versions of an appeal, prepping different social media posts, or even pulling together two sets of broad talking points for a donor update video or Facebook Live broadcast, it’s always time well spent.

Don’t tinker and test in the heat of the moment.

Even when you do have the luxury of planning ahead, don’t use a rapid-response moment to test different messages against one another. Since donors are more motivated by raw emotion, you simply aren’t going to learn as much from that delicately calibrated A/B copy or the open rates for one email subject line over another.

Know what comes next.

Once an immediate crisis or a monumental victory is in the rearview mirror, message testing—through some combination of surveys, focus groups, A/B appeals, and social media ads—can inform how you connect that moment to your broader movement.

Most importantly, it presents an opportunity to think creatively about how you’ll engage and retain new donors, turning them from one-off supporters who responded to a well-timed appeal to steadfast advocates committed to your mission.

In fundraising, we often say that the best ask is about inviting the right donor to make the right gift for the right vision at the right time. The art often comes in recognizing when one element of that equation holds more weight than others, in knowing when to craft, perfect, and test and when to trust yourself and hit send. About Sarah Anderson As Vice President, Sarah Anderson works with a wide variety of nonprofit organizations across the country. She brings to each engagement her expertise in strategic communications, a...