In 2017, charitable giving in the United States reached a new milestone, surpassing $400 billion for the first time and recording the highest inflation-adjusted level ever. Responding to a growing economy, Americans contributed $410.02 billion to organizations across the nonprofit sector, according to Giving USA 2018: The Annual Report on Philanthropy.

“In 2017, we saw broad-based increases in giving to nearly all sectors and from all sources of charitable contributions,” notes Peter Fissinger, President and Chief Executive Officer of Campbell & Company.

“This collective growth, coupled with the historic $400 billion milestone, is truly remarkable: 2017 was the fourth year of consecutive growth in U.S. charitable giving. Moving forward, we as a sector need to focus on philanthropic participation rates, ensuring that giving is strong across all communities and income levels, as well as stewardship of our passionate supporters.”

2017 contributions: $410.02 billion by source (in billions of dollars—all figures are rounded) 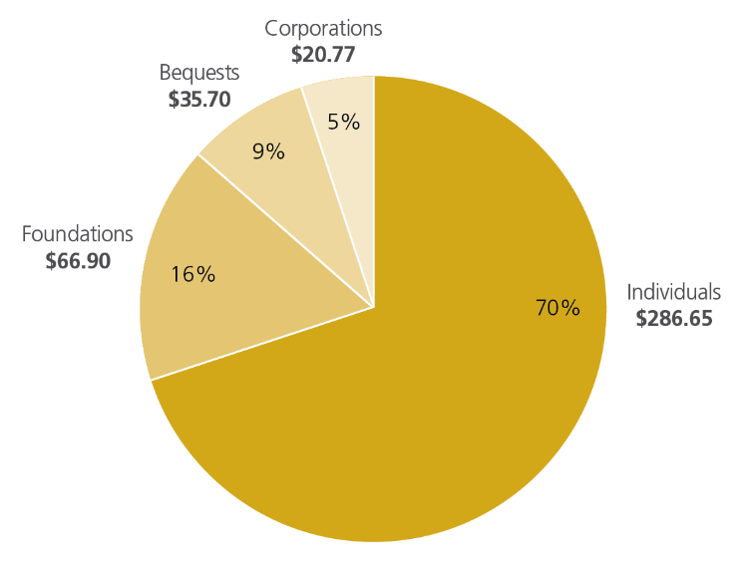 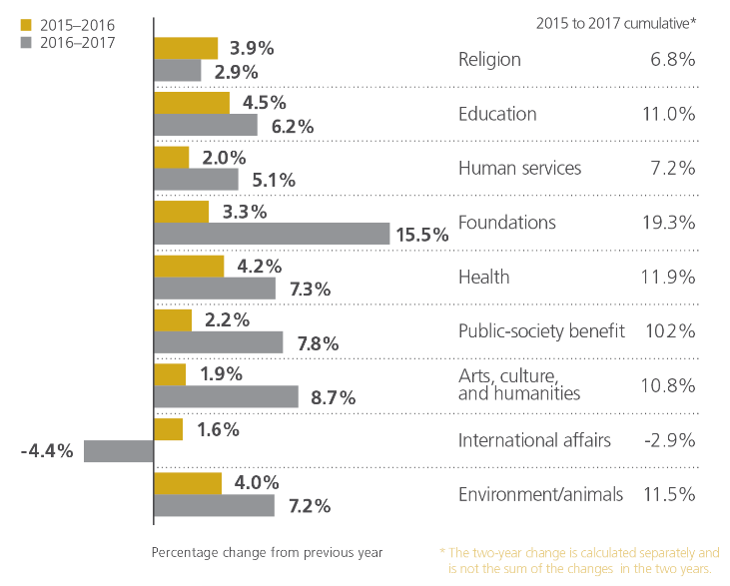 Campbell & Company is proud to share key findings from Giving USA and contribute to advancing the nonprofit sector. Our full Giving USA coverage includes five in-person events across the country and two webinars that allow nonprofit professionals to dive into the data. To learn more or RSVP, visit our Giving USA events page.

The Giving USA Foundation released Giving USA 2018: The Annual Report on Philanthropy to the public at 10:00 a.m. ET on Tuesday, June 12, 2018. To purchase Giving USA materials, please visit givingusa.org and use code campbell to receive 30 percent off.