According to Giving USA 2017: The Annual Report on Philanthropy, Americans set a new giving record in 2016, contributing $390.05 billion to a wide range of nonprofit organizations. This outcome is remarkable, if more modest than some anticipated, as there were fewer mega-gifts of more than $200 million and bequests dropped 9.0 percent in current dollars. While the 2016 growth rate in total giving—2.7 percent in current dollars—was below the five-year average, the results reflect broad-based philanthropic support in smaller amounts that culminated in a record year of giving.

“Although many expected stronger results, moderate charitable giving growth in a year with declines in mega-gifts and bequests is really something to celebrate,” notes Peter Fissinger, President & Chief Executive Officer of Campbell & Company. “American philanthropy is resilient, and the continued generosity of individuals and their commitment to mission-driven organizations is the main takeaway. 2016 is the third year of consecutive growth in U.S. charitable giving, and we will continue to help nonprofits build on this momentum and strengthen their philanthropic efforts.”

2016 contributions: $390.05 billion by source (in billions of dollars—all figures are rounded) 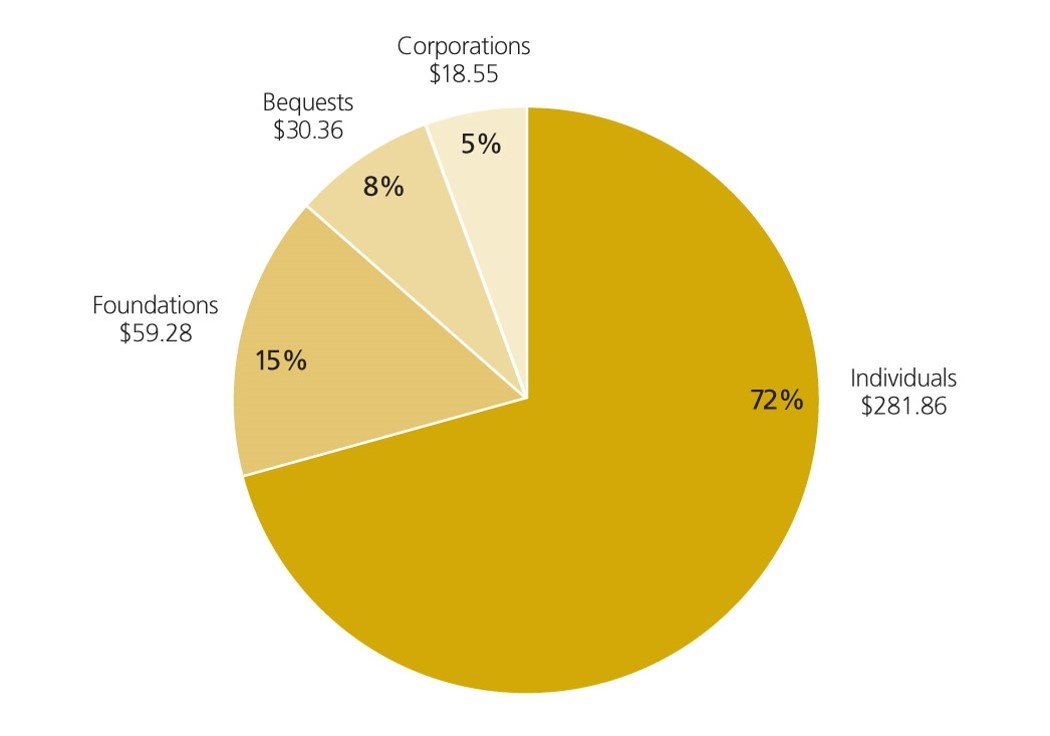 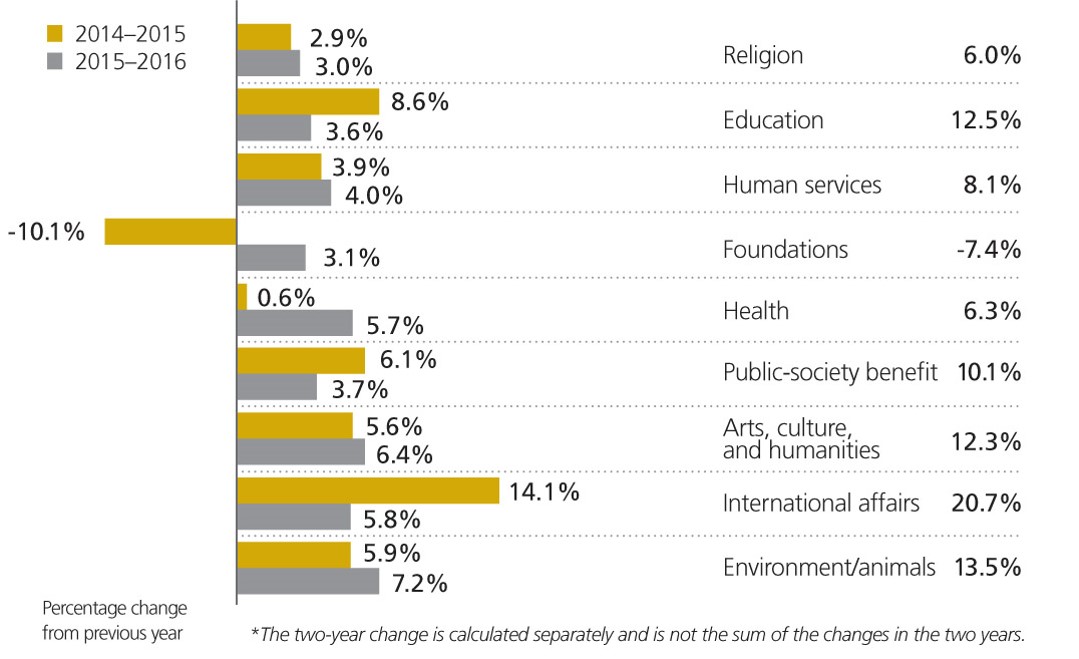 By publicizing these key findings, we hope to promote greater understanding of U.S. charitable giving and provide actionable insights that organizations can leverage for future success. We are hosting five events across the country and three webinars to expand the Giving USA conversation and discuss strategies for thriving in today’s philanthropic landscape. To learn more or RSVP, visit our events page.

Giving USA 2017: The Annual Report on Philanthropy was released to the public at 12:01 a.m. ET on Tuesday, June 13, 2017. To purchase Giving USA materials, please visit www.givingusa.org and use code campbell to receive 30 percent off.