According to Giving USA 2019: The Annual Report on Philanthropy, charitable giving in the United States reached $427.71 billion in 2018. This represents a slight increase of 0.7 percent in current dollars and a decline of 1.7 percent when adjusted for inflation. Following four years of steady growth in giving, these mixed results for 2018 reflect a complex giving environment, influenced by economic conditions, public policy, and significant tax law changes.

In 2018, several economic indicators associated with giving posted healthy growth: disposable personal income increased 5 percent[1] and GDP increased 5.2 percent,[2] both in current dollars. Conversely, many factors may have negatively influenced giving in 2018, including a 13.97 percent fourth quarter plunge in the S&P 500 after increasing in the first three quarters,[3] uncertainty around policies governing trade and state and local income tax deductions, and the Tax Cuts and Jobs Act of 2017.

“While total giving was relatively flat in 2018, it’s important to view this result in the context of multi-year trends. Our sector experienced several years of strong growth in giving prior to 2018. In the coming months, we need to focus on regaining that momentum by meeting donors where they are, using technology to streamline and enhance our work, and adapting to changing circumstances.”

2018 contributions: $427.71 billion by source (in billions of dollars—all figures are rounded) 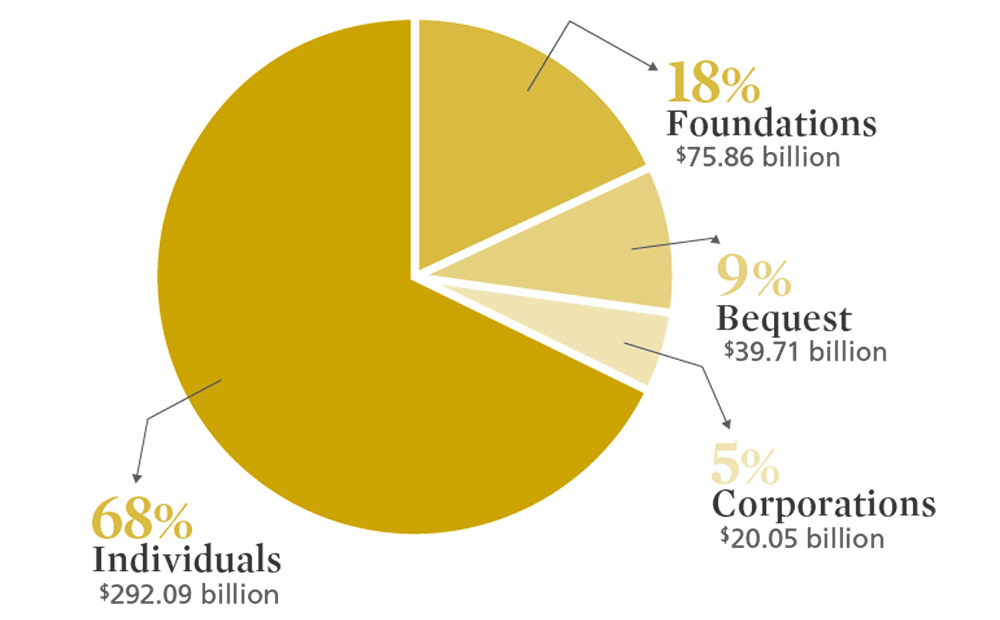 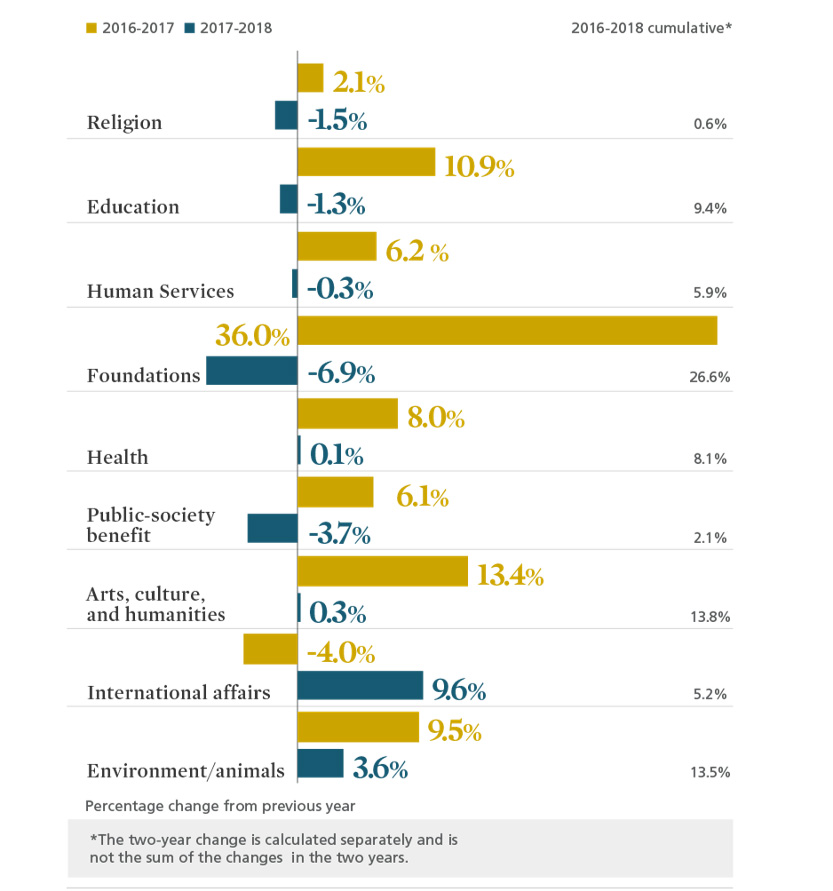 Campbell & Company is proud to share key findings from Giving USA and contribute to advancing the nonprofit sector. Our full Giving USA coverage includes five in-person events across the country and two webinars that allow nonprofit professionals to dive into the data. To learn more or RSVP, visit our Giving USA events page.

The Giving USA Foundation released Giving USA 2019: The Annual Report on Philanthropy to the public at 9:00 a.m. Central on Tuesday, June 18, 2019. To purchase Giving USA materials, please visit givingusa.org and use code campbell to receive 30 percent off.