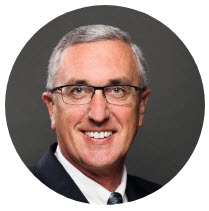 While each fundraising campaign is unique, there are common threads that tie all initiatives together. These similarities—the challenges, the pitfalls, the triumphs—reveal campaign best practices that can help every nonprofit elevate its fundraising.

To unpack the intricacies of campaign success, we posed a few of the most critical questions to Craig Hightower, Campbell & Company’s Vice President and Director, Western Region. A campaign expert, Craig is based in California and leads our Western Region team. Read on for his insights and recommendations for carrying out an effective campaign.

In your experience, how does fundraising in California differ from other areas of the country?

Craig Hightower: Philanthropy itself is newer across much of California. We have fewer families with a multigenerational tradition of giving. Consequently, many development programs are still in their infancy compared to their eastern counterparts.

The entrepreneurial makeup of California businesses has stimulated a lot of new wealth, and this also impacts philanthropy here. Entrepreneurs often expect change and progress to happen more rapidly. Many of the state’s nonprofits are consensus builders, so they need to develop more customized approaches to attract entrepreneurial donors and volunteers.

Several other factors are influencing the state’s fundraising landscape: the prominence of our tech and entertainment industries, the rich ethnic diversity of our communities, and the concentration of highly-appreciated real estate, which may affect the liquidity of donors’ assets.

Zooming out a bit, what is the role of strategic planning in preparing for a campaign?

CH: In a perfect world, an updated strategic plan would be a prerequisite for every major fundraising campaign—informing what projects to focus on and what vision to champion.

However, with the constant pressure to raise ongoing capital, organizations are often forced to skip this process, launching directly into a campaign before they’ve undertaken thoughtful strategic planning. We frequently see nonprofits using a campaign planning process to drive strategic initiatives, which is not the ideal scenario.

Walk us through that perfect world scenario, where a well-constructed strategic plan guides the campaign. 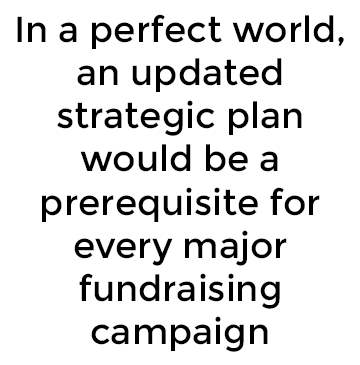 CH: We recently worked with an extremely organized independent school that sought to answer a few big questions before its campaign. To start, they clearly defined the core competencies they wanted to instill in their students. To accomplish this, the school started an open dialogue between the parents, faculty, and administration.

Next, they asked themselves: what type of environment—faculty, curriculum, and facilities—was needed to instill these outcomes in their students? The answer to this question became the basis for the school’s strategic plan. By the time they decided to launch a capital campaign, they had a strong foundation to inform everything from the architectural plans to the case messages.

When is it advantageous to conduct a campaign planning study, and when is it appropriate to launch a campaign without a study?

CH: Organizations often have to make this decision based on external forces outside their control—the key is approaching the process strategically. During the Great Recession, many nonprofits either paused their existing campaigns or put their campaign planning on hold. Coming out of the downturn, we saw such a pronounced financial pressure among organizations, they simply didn’t have the luxury of time to conduct a study.

To accommodate these circumstances, we helped our clients start their campaigns while also incorporating many of the techniques a study uses. A study delivers a final report that helps the organization determine if they should move forward with a campaign and how much they might be able to raise. Instead, we helped move these nonprofits further into the campaign planning process, readying the institution and advancing conversations with their donors.

This method can be advantageous for organizations that are determined to launch a campaign and are just using the study to settle on a monetary goal. I’ve learned to ask prospective clients early on in our conversations whether they want to move forward with some sort of a campaign regardless of the amount of money we find.

If the answer is yes, the study interview becomes less of a fact-finding conversation and more of a crucial cultivation step. Our team can frame the conversation accordingly if we know this in advance.

Speaking of donor cultivation, should this process be approached differently during a campaign? 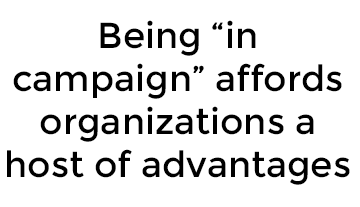 CH: Being “in campaign” affords an organization a host of advantages. First, it allows the nonprofit to share a much larger vision than its typical annual fund might allow. People give big gifts to big visions.

Secondly, the structure of a campaign allows for multiple touch points with prospective donors. We often talk about how it may take four to six “touches” before a donor is ready to make a major gift. Proper campaign planning can advance the number of cultivation points quite quickly, from the initial study interview to the subsequent follow-up steps and even potential volunteer involvement.

In the case of study interviews, donors may feel more comfortable sharing information with consultants that they would not bring up with a staff member. As independent stakeholders, we feel at ease posing sensitive questions. If a donor indicates a smaller-than-hoped-for gift, our team might inquire if they would ever consider a much larger gift—and what those circumstances would be.

Among board members, what is the best way to create a sense of ownership for campaign projects?

CH: In many cases, the board isn’t given the space to co-create the campaign vision. Instead of giving them a stake in this process, staff leaders often feel they must have it all figured out before coming to the board.

Conversely, some of the most inspirational board meetings feature a generative conversation about the organization’s vision. We’ve found that exploring what motivates their involvement helps frame the discussion for philanthropic visioning. Why they are personally involved? Where do they see the organization in 10 to 20 years?

What are the most common campaign roadblocks you observe in your work? 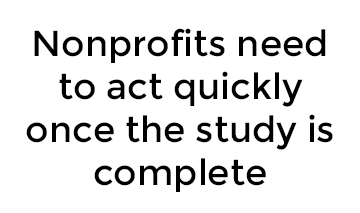 CH: In my experience, there are two major obstacles that nonprofits struggle with. The first instance occurs when a study indicates that donor appetite aligns with a lesser institutional priority. Insufficient funds to support campaign priorities can also play into this situation.

At this point, many organizations become paralyzed, unsure how to advance the conversation. As architectural committees and board leadership struggle to refine their plans, study interviewees lose interest. I can’t stress it enough: Nonprofits need to act quickly once the study is complete.

In the next phase, officers often come up against a cliff, having talked to everyone they know. The more they can do to warm up the pipeline in the beginning of the campaign—focusing on identification and qualification—the better off they’ll be moving into major gifts and beyond.

Campbell & Company is committed to advancing thought leadership that addresses the most important trends and topics facing the nonprofit sector. Do you have a campaign-related question we didn’t cover? Leave a comment or contact Craig directly.