Advice for Nonprofit Leaders: How to Navigate an Unpredictable Political Landscape 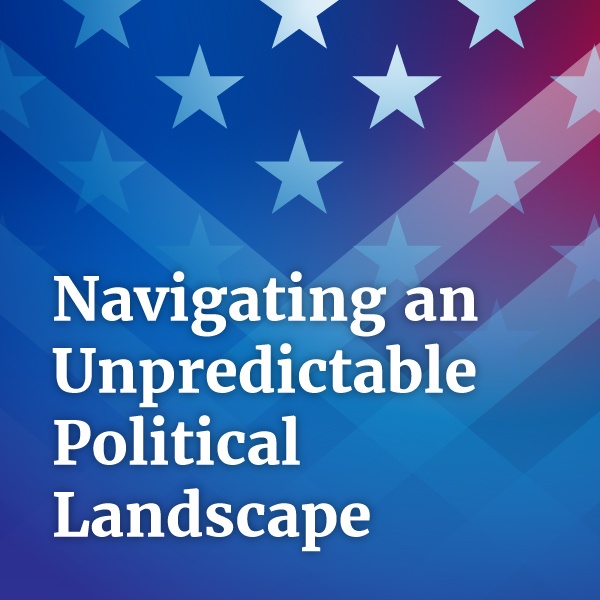 Nonprofit leaders are wondering how to take on 2017 with a new presidential administration. With Trump wasting little time to sign Executive Orders and alter pre-existing policies, more changes are sure to come. For now, Campbell & Company assembled the following recommendations to help nonprofit leaders respond and push for success. Moving forward, we will maintain a close eye on new developments and relay additional recommendations as necessary.

Watch the economy first and tax policy second
Giving USA data indicates that the single biggest predictor of philanthropy is the economy. The recession in 2008 helped link this trend. When the economy recovered and grew, total giving hit record highs in 2012, 2013, 2014, and 2015.[1] Looking ahead, many analysis groups predict economic growth for 2017 and 2018, albeit at a lower rate than in previous years.[2] For this reason, Philanthropy Outlook maintains high expectations for giving over the short term.[3] However, nonprofits should remain cautious for pullbacks over the medium term.

Tax policy is more complicated. Since it originates from a bill produced by members in the House of Representatives, President Trump does not have full legislative control. However, he still has influence because as president, he can sign a bill into law or veto it. With a majority in the House and a president of the same party, Republicans have already shown they intend to alter tax policy. It just remains to be seen where they agree.

If Trump got his way, he would consolidate the number of tax brackets from seven to three, reduce marginal tax rates, raise the standard deduction to $15,000, and put a cap at $100,000 per individual on itemized deductions. The nonpartisan Tax Policy Center posits that if fully implemented, these proposals could decrease giving by 4.5 to 9 percent.[4] However, without legislative power, he will inevitably have to compromise with members in the House.

The leader of tax reform efforts in the House is the Chairman of the Ways and Means Committee, Representative Kevin Brady (R-TX). He put forth a plan that partially diverges from Trump’s proposal and is more favorable to nonprofits. This is because his plan does not include a cap on itemized deductions.[5] With more deliberation to come, it will likely be some months before we see final changes to the tax structure.

While taxes are important, the 2016 U.S. Trust® Study of High Net Worth Philanthropy showed that only 18 percent of high net worth individuals cite tax benefits as a reason for giving.[6] In the same survey, 54 percent responded that a belief in the organization’s mission was the core reason for giving. This shows that while tax benefits can influence philanthropy, they are not the driving factor for most donors. This leads to the following recommendation.

Let politics inform your work, but not define it
Effective organizations achieve results because their missions speak to people’s hearts. Nonprofits far outlast the length of any presidency, and organizations’ values should reflect donors’ beliefs. Nonetheless, political changes can inform strategy. When people donate to an organization, they buy in to the mission and in becoming an agent for change. Find a way to harness this mindset by analyzing how new political leadership and trending activist movements motivate people. These trends can indicate how to communicate with prospective donors because they tap into an understanding of what people want.

Organizations in some sectors are already showing success in responding to political changes. These include women’s health, environmental, international, and social justice nonprofits. It could be worthwhile to analyze how these nonprofits leverage political trends to craft engaging messages. If possible, mirror this tactic to fit your organization’s values.

Position your organization to adapt to sector-sweeping changes, especially in healthcare
When a single policy change affects millions of people’s lives, nonprofits will inevitably be affected, too. This is already happening in healthcare with Congress taking first steps to repeal the Affordable Care Act. Aggie Sweeney, President & CEO of Collins Group, a division of Campbell & Company, and Chair of the Giving USA Foundation, observes, “Healthcare has been in a state of transition for years as a result of mergers and changes in the way services are provided and paid for. This has left a clear impact on donor loyalty. With more specific changes to come, healthcare providers, patients, and donors will all be impacted.”

Vulnerable populations may see a shift in needs,[7] 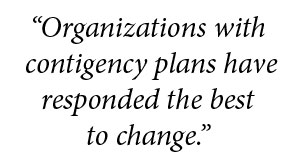 employer mandates for covering employees may change, and partner organizations may be affected. It is important for nonprofits to position themselves to adapt. While a change in mission is usually not warranted, nonprofit leaders should consider alternative ways to provide services and engage community members to bolster their mission. Other policies will have similarly broad impacts.

Sweeney remarks, “Historically, organizations with contingency plans have responded the best to change. In the coming years, I believe this trend will continue. This is because those without plans tend to find themselves flat-footed when it is time to make changes.” Backup plans for disruptions in government funding, the tax structure, or a recession can prepare organizations to weather challenges and take advantage of new opportunities. Nonprofits need to think critically about resources and partnerships that are most critical to sustaining and advancing their missions. No matter what happens, analyzing the possibilities ahead of time will help organizations adapt and thrive.

If there is another recession, leverage close donor relationships 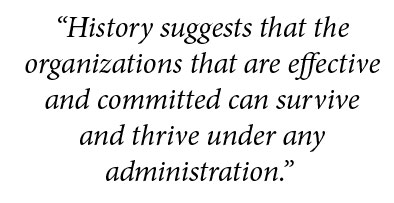 With no guarantee that the economy will continue to grow at current rates, it makes sense to be prudent and plan ahead. Peter Fissinger, President and CEO, Campbell & Company, notes that if there is another recession, “People tend to reduce the number of organizations they support before they reduce the amount they give to their top organizations.” If this occurs, close donor relationships will be an organization’s biggest asset. Nonprofits must communicate why their mission matters, again focusing on the lives the institution has changed as a result of its work and the impact of a gift. If donors believe in an organization’s mission, they will be more willing to stay connected and support it through thick and thin.

Speak up for the value of the nonprofit sector at all levels of government
For some nonprofits, policy at the local level can be just as impactful as policy at the federal level. By working to build connections with city council members, county commissioners, mayors, state representatives and senators, and governors, organizations will be better positioned to understand and affect policy and funding changes. If these elected officials understand the role of the nonprofit sector and the urgency of the issues nonprofits confront every day, there is a better chance for favorable policies. This reflects the common adage that “all politics is local.” Kate Roosevelt, Executive Vice President, Collins Group, a division of Campbell & Company, remarks, “At a time when the federal political process feels uncertain and unpredictable, it is important to get engaged at the local level.”

At all levels of government, nonprofits will benefit from collectively advocating for the sector.[8] Politicians from both parties have periodically advocated for either eliminating or capping the charitable deduction, a policy that could somewhat reduce philanthropic giving. Though the charitable deduction has previously earned bipartisan support, maintaining that support will take the efforts of the entire sector, and all nonprofits should communicate why this deduction matters. Fissinger recommends that, “Even if the United States implements widespread tax reform, many tax incentives have a chance to survive. We would hope the charitable deduction is among them. To ensure this, we have to unite to make the case that nonprofit organizations matter.”

Stay committed. Nonprofits can thrive under any administration
In Roosevelt’s words, “Nonprofits are a uniquely American institution. They’re a third sector that matters so much and does so much good.” Fissinger adds, “The best thing we can do is to do our jobs well every day and advocate for ourselves. History suggests that the organizations that are effective and committed can survive and thrive under any administration.”

If you have any questions, please reach out. We look forward to the great work that nonprofits will do over the next four years and beyond. As always, we stand ready to support you in all of your endeavors.